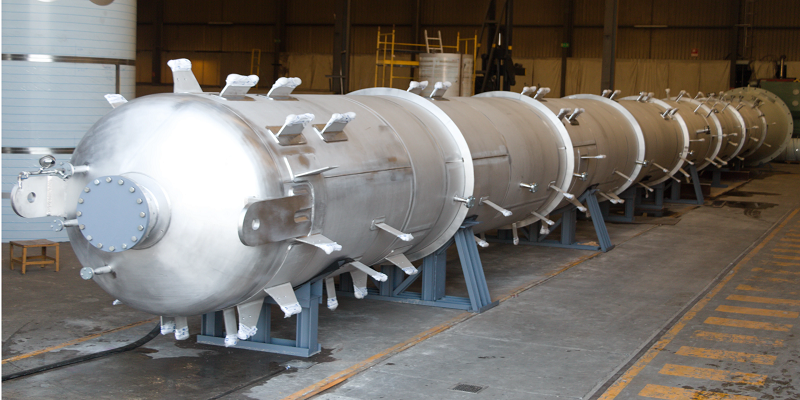 Distillation is the most widely used separation technique used today in industries such as the petrochemical, chemical plant and natural gas processing. NSC Industries™ manufacture small and large distillation columns for a wide range of applications. Internals are generally supplied by clients or through renowned well vendors specializing only on internals. Through good engineering and quality workmanship, we ensure that our columns are working at the most efficient levels possible.

In fractional distillation, the vapour is condensed and then re--evaporated when a further separation occurs. It is difficult and sometimes impossible to prepare pure components in this way, but a degree of separation can easily be attained if the volatilities are reasonably different. Where great purity is required, successive distillations may be used.

We are expert in distillation for various multicomponent separation methods: